A new study of 57 people with mild COVID-19 estimates how long people are infectious for and when they can safely leave isolation.

The research, which is led by Imperial College London and published in The Lancet Respiratory Medicine journal, is the first to unveil how long infectiousness lasts for after natural COVID-19 infection in the community. The study team conducted detailed daily tests from when people were exposed to SARS-CoV-2 to look at how much infectious virus they were shedding throughout their infection.

The findings suggest that in people who develop symptoms, the majority are not infectious before symptoms develop, but two-thirds of cases are still infectious five days after their symptoms begin.

They also suggest that while lateral flow tests do not detect the start of infectiousness well, they more accurately identify when someone is no longer infectious and can safely leave isolation.

“Before this study we were missing half of the picture about infectiousness, because it’s hard to know when people are first exposed to SARS-CoV-2 and when they first become infectious.” Professor Ajit Lalvani National Heart & Lung Institute

Study author, Professor Ajit Lalvani, Director of the NIHR Respiratory Infections Health Protection Research Unit at Imperial, said: “We closely monitored people in their homes from when they were first exposed to the virus, capturing the moment when they developed infection through until they ceased being infectious. Before this study we were missing half of the picture about infectiousness, because it’s hard to know when people are first exposed to SARS-CoV-2 and when they first become infectious. By using special daily tests to measure infectious virus (not just PCR) and daily symptom records we were able to define the window in which people are infectious. This is fundamental to controlling any pandemic and has not been previously defined for any respiratory infection in the community.”

He added: “Combining our results with what we know about the dynamics of Omicron infections, we believe that the duration of infectiousness we’ve observed is broadly generalisable to current SARS-CoV-2 variants, though their infectious window may be a bit shorter. Our evidence can be used to inform infection control policies and self-isolation guidance to help reduce the transmission of SARS-CoV-2.”

Co-author, Dr Seran Hakki, also from Imperial’s National Heart and Lung Institute, said: “There is no longer a legal requirement to self-isolate if you test positive for COVID-19, but most people still want to isolate until they are not infectious. Despite this, there is lack of clarity around how to come out of self-isolation safely. Our study is the first to assess how long infectiousness lasts for, using real life evidence from naturally acquired infection. Our findings can thus inform guidance as to how to safely end self-isolation.”

She added: “If you test positive for COVID-19 or have symptoms after being in contact with someone with confirmed COVID-19, you should try to stay at home and minimise contact with other people.”

Most complete picture of the course of infectiousness to date

Previous studies estimating how long someone is infectious for have been a laboratory-based human challenge study or have used mathematical modelling.

“There is lack of clarity around how to come out of self-isolation safely. Our study is the first to assess how long infectiousness lasts for, using real life evidence from naturally acquired infection.” Dr Seran Hakki National Heart & Lung Institute

The new study followed people who were exposed to someone with PCR-confirmed COVID-19 in their home between September 2020 and March 2021 (pre-Alpha SARS-CoV-2 virus and Alpha variant waves) and May-October 2021 (Delta variant wave), including some who were vaccinated and others who were not.

Participants completed daily questionnaires about their symptoms and did daily nasal and throat swabs that were sent to a laboratory for PCR-testing. PCR-positive samples were then tested to determine if they contained infectious virus and how infectious the virus was. The researchers also completed 652 lateral flow tests on the samples to determine how accurate lateral flow tests were at identifying actual infectiousness as opposed to PCR-positivity.

Samples from a total of 57 people were used, but not all were included in some analyses because of some participants not sharing information about their symptoms, some people not shedding culturable virus, and some people shedding infectious virus before or beyond the sampling period. As a result, the duration of infectiousness was measured in 42 people. There were 38 people with a confirmed date of when their symptoms started and three were asymptomatic.

The study found that the overall median amount of time that people were infectious was five days.

Current NHS guidance suggests that people should try to stay at home and avoid contact with others for just five days.

To help understand when people may be able to safely leave isolation, the researchers compared levels of infectiousness with lateral flow test results.

“We recommend that anyone who has been exposed to the virus and has symptoms isolates for five days, then uses daily lateral flow tests to safely leave isolation when two consecutive daily tests are negative.” Professor Ajit Lalvani National Heart & Lung Institute

They found that the sensitivity of these tests in identifying when someone was infectious was poor at the start of infection, but high after peak levels of infectiousness (sensitivity of 67% vs 92%, respectively). This suggests lateral flow tests are good at spotting when someone is no longer infectious and testing to release people from isolation may work, but they are not reliable for early diagnosis unless used daily.

Based on their findings, the researchers recommend that people with COVID-19 isolate for five days after symptoms begin, then complete lateral flow tests from the sixth day. If these tests are negative two days in a row, it is safe to leave isolation. If a person continues to test positive or does not have access to lateral flow devices, they should remain in isolation and, in order to minimise transmission to others, only leave on the 10th day after their symptoms began.

Professor Lalvani said: “Self-isolation is not necessary by law, but people who want to isolate need clear guidance on what to do. The NHS currently advises that if you test positive for COVID-19 you should try to stay at home and avoid contact with other people for five days, but our data suggest that under a crude five-day self-isolation period two-thirds of cases released into the community would still be infectious – though their level of infectiousness would have substantially reduced compared to earlier in the course of their infection.”

He added: “NHS guidance for those with symptoms but who test negative is less clear about how long people should isolate for. Our study finds that infectiousness usually begins soon after you develop COVID-19 symptoms. We recommend that anyone who has been exposed to the virus and has symptoms isolates for five days, then uses daily lateral flow tests to safely leave isolation when two consecutive daily tests are negative.”

The study did not assess the Omicron variants currently circulating. There is some evidence that Omicron variants have a lower viral load and shed for less time than other variants, and the researchers note that their recommendations may be cautious, but still applicable, if this is true.

Most participants in the study were white, middle-aged, had a healthy BMI, and had no medical conditions. In other age groups and in those with medical conditions, these results may vary as they may be slower at clearing the virus.

A person’s infectiousness is one factor involved in transmission, alongside behavioural and environmental factors, such as where people are mixing, and if they are in close proximity to one another.

The study was funded by the National Institute for Health and Care Research.

‘Onset and window of SARS-CoV-2 infectiousness and temporal correlation with symptom onset: a prospective, longitudinal, community cohort study‘ by Seran Hakki et al is published in The Lancet Respiratory Medicine. 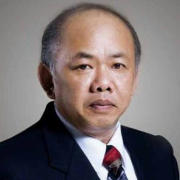